The high-level PIC microcontroller manufactured by Microchip Technology Inc. was used as the control center. The single-chip microcomputer is the fastest in the world's 8-bit microcontroller, and has the ability to perform 8-bit by 8-bit binary multiplication in one instruction cycle. It can replace the DSP (digital signal processor) chip in some applications that require high-speed digital operations.åº€ 16-bit RISC instruction set, Harvard bus architecture, and two-stage flow fetching method are used. The instruction is a single-cycle, single-word instruction. It has practicality, low price, small instruction set, low power consumption, high speed, small size, and strong functions. Etc. It embodies a new trend in the development of SCM and gradually becomes the new trend of SCM in the world. When the combination weigher is working, it needs to complete the capacity of 60 packs/min (1 pack/s,) or more, that is, at least 19 minutes to complete the weight detection, combinatorial calculations, find the best combination, etc., to complete the packaging, including the combination The calculation is time-consuming and relatively large. For ordinary 51 series single-chip microcomputers, the more the number of hoppers, the more difficult it is to meet the requirements. Therefore, in order to meet the requirements of high-speed computing, the 51-series single-chip microcomputer used in front of the eyebrow weigher is used for weight detection. Through the serial port of the single-chip microcomputer and the PC, the combination operation is completed on the PC, and the best combination result is passed through the serial port. Sent to the microcontroller, the real-time control by the microcontroller to complete the final; or, with 32. The bit CPU as a control center constitutes a microcomputer control system. This system uses high-performance PIC microcontroller (8-bit CPU) to directly complete the detection, calculation, and control output, which not only meets the precision requirements of the real-time control of the combination scale, but also meets the packaging speed requirements. It is a more effective control method. When the control system is working, a signal is sent from the SCM to the multi-way switch, and 10 load cells are selected in time. The signal is amplified, A/D converted, and input to the SCM. The SCM calculates the combination of 10 input values â€‹â€‹to get the best combination. A group of weigh bucket numbers are located, and the speed and direction of the corresponding stepper motor are controlled according to the number, so that the group of material doors are opened, unloading is completed, and then the material gate is closed; the material level in the storage hopper is detected by the state switch. In addition, the system has also designed the display, alarm and keyboard circuits to make the system more complete.

The system software adopts a structured design method. According to the functional requirements of the system, it is mainly composed of the following modules: main program, A/D acquisition, data filtering, combination calculation, display subroutines, and keyboard service subroutines. The main program block diagram is shown in Figure 3. 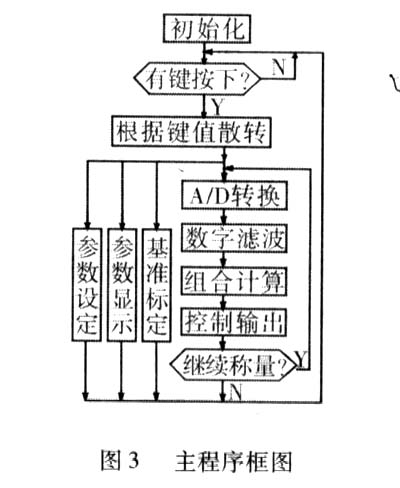 The following focuses on the design of the combined calculation program module. Set the precision to 0.1g, choose three, four, and five hoppers to perform combination calculation to obtain a successful combination. Each time, choose from 10 out of i for calculation (i=3, 4, 5). The corresponding combination number is a, b, c, a, b, c, d and a, b, c, d, e, M are the target weights (assumed 100g) and A, B, C, D, E represent the selected set of weighings Values, corresponding to the numbers a, b, c, d, e, w represent the combined force and value, and the combined calculation block diagram is shown in Figure 4. The crystal frequency of the computer system CPU is selected as 40MHz. It is an advanced structure form of sub-advanced PIC microcontrollers. It has high-speed instruction execution capability. In the case of a 40MHz clock, the execution of one instruction takes up to 100ns, and in 1, the microcontroller can execute 10 million. The instructions fully meet the speed requirements of the work of the combination scale.

Screen printing can be applied to large quantities of orders. Inkjet printing can also be applied to small batch / multi pattern orders. Canvas Bag is made of burlap cloth, the biggest feature is durable. The all-match also can make a lot of people favor, collocation and any clothing, can own DIY, species diversity, variety fashion With the more and more design elements of canvas bag, the canvas bag market has formed the fashion pursuit represented by driftwood brand. Canvas bag is the new darling of the current fashion trendsetter. Canvas bag is basically all-match class, and any clothing contrast. Monochromatic canvas bag is the most common single product, although very useful, but I believe you sometimes feel tired, then may choose a color pattern canvas bag shopping with you. 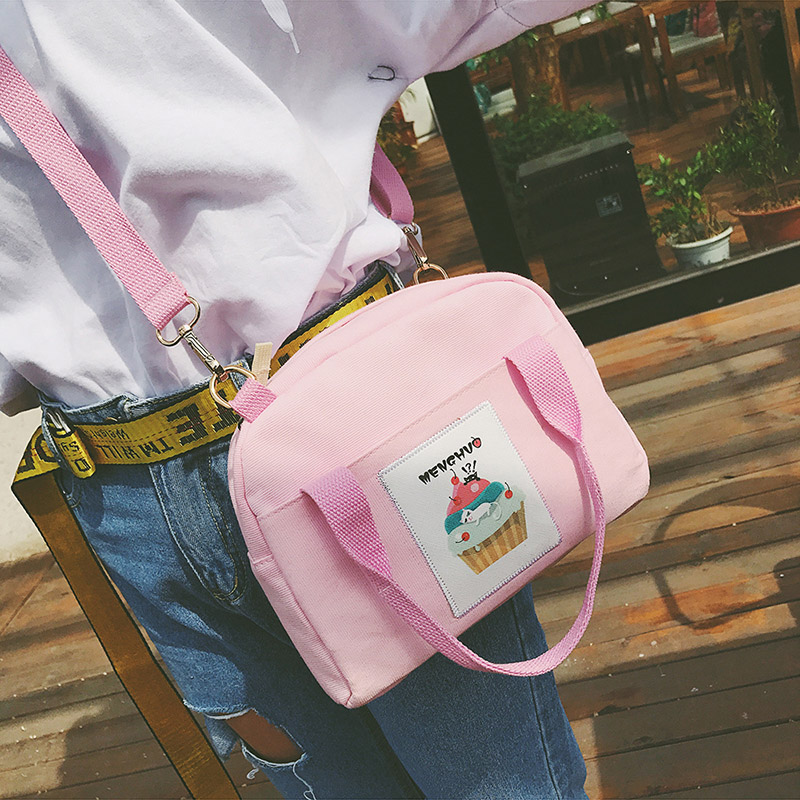